Shân spent 6 months at 31 Signal Regiment (TAVR) in London before being commissioned into the Women’s Royal Army Corps in 1973.

On completion of her course she requested a posting to Northern Ireland, so after 9 months at COD Donnington she was posted as 2nd in command of 181 Provost Company, 1 Regiment RMP in Aldergrove.

Training as a Signals officer followed and then a year at 242 Sig Sqn at HQ Scotland running a communications centre and responsible for 69 telephone exchanges throughout Scotland. Still with the Royal Signals she spent 2 years at Blandford and then married life took her with her ex-husband to Brunei, BAOR, UK and France.

Life as a civilian brought a change of professional direction as English teacher, interpreter and translator, culminating with 3 years at Linklaters In Paris and London. Law studies followed with a keen interest in mediation.  She used her commercial mediation and executive coaching training and skills to set up an executive coaching company and coached international lawyers and bankers in London, Paris and the UAE in leadership skills.

A new change of direction came in 2013 with 3 years at Citizens Advice and 7 years as Mediator Partner at The Legal Partners, a small employment and business law firm in SW London.

Shân now lives with her partner, Avril, in Richmond. 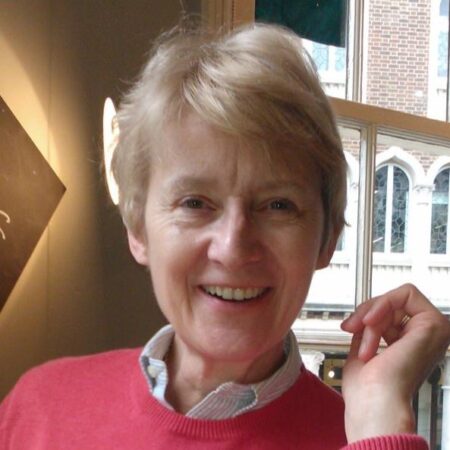