This LGBT+ History Month we are bringing you some of the stories of LGBT+ military personnel and veterans who served both pre and post ‘gay ban’.

My name is Elaine Chambers.  Sadly, the career I loved and had thought I would have for my whole working life was dramatically cut short one sunny day in  August 1987, when my life changed forever.

More than five years earlier I had joined Queen Alexandra’s Royal Army Nursing Corps.  It was a such an exciting prospect for me, I was destined to become a nurse in one of the most respected medical institutions in the world. The Corps can trace its heritage back to Florence Nightingale, who was instrumental in lobbying for the support of female military nurses.

As a student nurse I was neither brilliant nor awful – I loved the practical side of things and really enjoyed learning new skills, such as different dressing techniques, how to give injections, take blood samples, pass nasogastric tubes, insert catheters and the like.  It wasn’t until we did our three weeks in maternity that I began to be genuinely excited at the possibility that I had found the specialism for me.

Following my training I was lucky enough to get a posting to Germany.  Many of us hadn’t lived far away from our family homes so when crises occurred we had to support each other emotionally.  Away in Germany, long before the instant communication of emails and mobiles, we became really close as we couldn’t easily ring home every moment.  We had little choice but to rely upon one another for succour, support and advice whenever problems arose.  Such close interdependence creates deep bonds that last forever.  This was at a time when the Cold War threat was very real, too, so there was a sense that life might be fragile.  Knowing that the sheer weight and numbers of East German and Russian forces, who were very close by, could easily destroy our tactically superior weaponry within a very short period of time, probably contributed to our ‘eat, drink and be merry, for tomorrow we may die’ attitude.  There were a few pretty serious discussions about what the reality of an invasion would be.

I was settling well in Hannover and had been there for six months before an event happened that was to change the course of my life.  The gritty details are in my book This Queer Angel, but the clouds grew dark from the moment I sat working on the rota in the sister’s office when the telephone rang.  I heard Matron’s cold, clipped tones in the receiver: ‘Lieutenant Chambers, I need you to come to my office immediately.’  I arrived at Matron’s office and she started by asking if I knew why I was here.  Of course I didn’t, so she told me, wearing a deeply pained and disgusted expression on her face.  ‘It has come to my attention that you have made unwanted advances to two of your fellow officers.  What have you got to say for yourself?’ I of course denied the allegations but shortly after leaving her office I found myself back in my room frantically filling two carrier bags with anything that might be deemed as fitting the sapphic bill: my diaries, letters, one or two books, a newsletter from the Golden Wheel Lesbian Dating Agency, along with a couple of letters I’d received in Aldershot from other subscribers.

Later that day my room was torn apart, searched from floorboards to ceiling by the Special Investigation Branch.  After two long and harrowing interrogations and five months of investigations taking place around the world I was told I must resign my commission.

In the years that have followed my sense of loss has at times been visceral and it affects every part of my life.  There will never, could never be, a career I might cherish as I had my time in the Corps.  I have had nearly 20 different jobs and I now work as a medical administrator for a GP practice, it is a dim shadow of all that was lost.

Elaine Chambers was the co-founder of campaigning and support group Rank Outsiders, which supported hundreds of Veterans in their fight for justice.  The fight against the ban was finally won in the European Court of Human Rights in September 1999.  Future generations of service personnel who have the privilege of serving their country owe their careers to the courage and tenacity of Rank Outsiders.  We salute them.

You can read Elaine’s story in her book This Queer Angel and in the book Fighting with Pride. 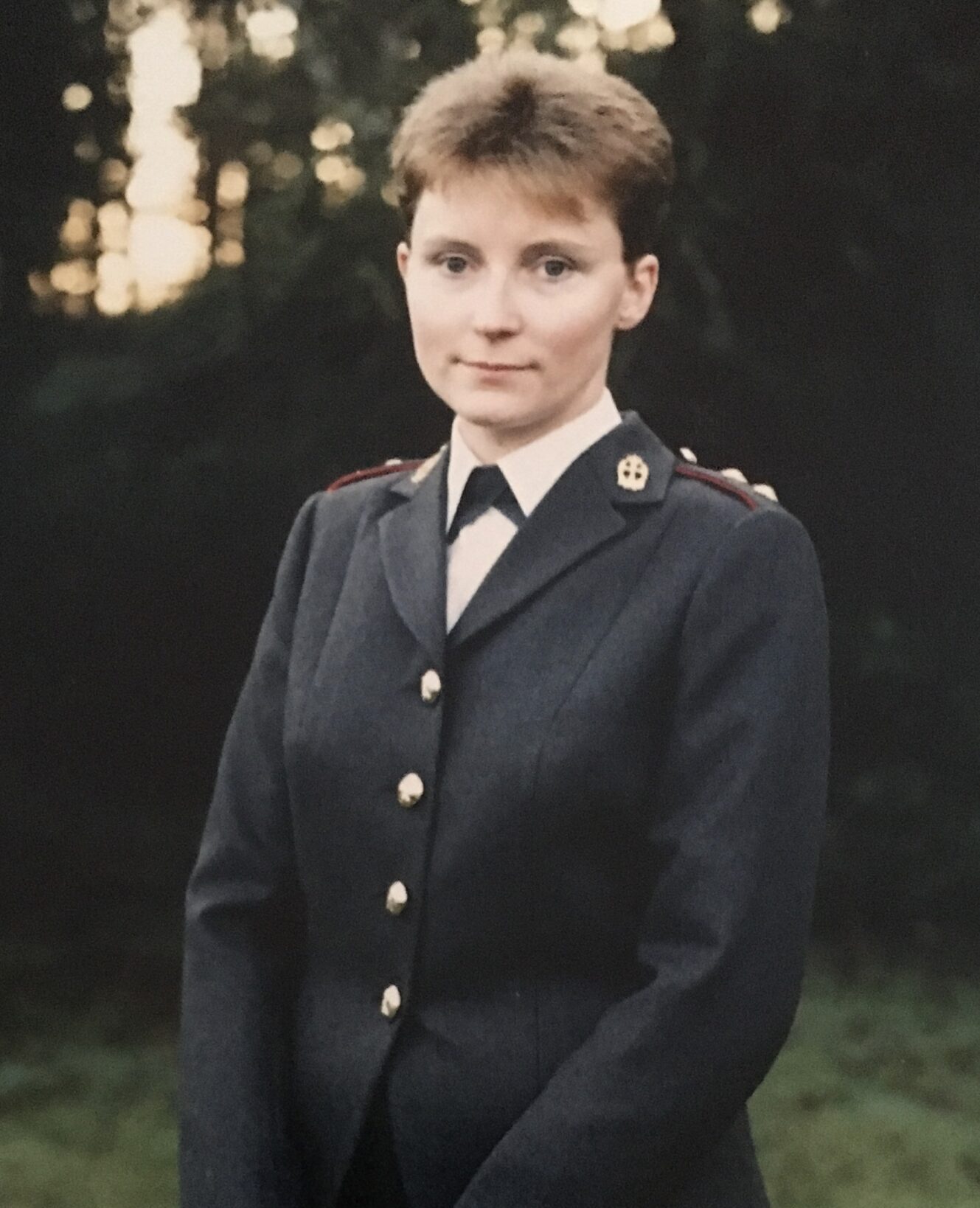