Ali joined the Army in 1984 and enjoyed a challenging operational career. Having been fortunate enough to be in the first female intake to Sandhurst, Ali joined at a time when a lot of the restrictions on women were being lifted.

Due to this, she deployed to the First Gulf War in 1990 in the role of Staff Officer Grade 3 Artillery Logistics. There then followed operational deployments to Iraq, Bosnia, Croatia and Kosovo. As Ali’s career progressed so the roles open to women multiplied and this resulted in training appointments at Sandhurst and Staff College.
The final three years were spent on the General Staff responsible for the training and education of Officers and Soldiers across the Army.

Following retirement in 2010, Ali introduced the Young Ambassadors Programme into Wales for the Prince’s Trust and, building on this experience, Ali accepted the appointment of Vice President and Chair of Trustees of the Women’s Royal Army (WRAC) Association. The WRAC Association is a large charity which offers a worldwide membership network to female veterans and distributes grants to assist with a wide variety of issues including debt, housing and training. This appointment ignited a deep interest in female veterans’ diverse support requirements, overlooked for generations.

Ali is also a Core Member of the Armed Forces Patient Public Voice Advisory Group and a Member of the Grant Committee of The Soldiers’ Charity. Ali is a member of the LGBT community and is passionate about ensuring that female veterans are fully recognised for their service and receive the support they both need and deserve. 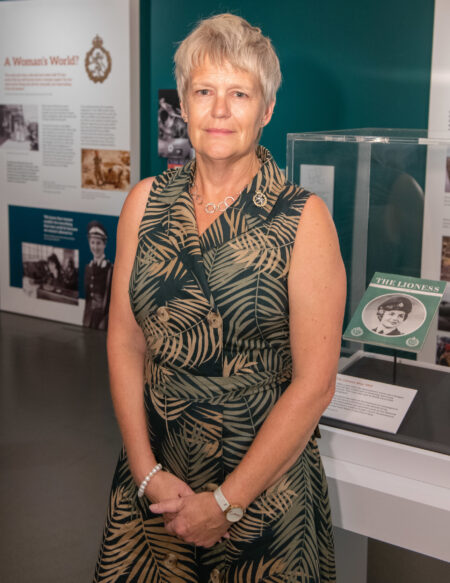