Surgeon Lieutenant Commander | Royal Navy |
(He | Him | His)

Surgeon Lieutenant Commander Mike Hill, joined the Royal Navy from business coaching in the financial sector on a Medical Cadetship, being awarded best Midshipman whilst in the University Royal Naval Unit and graduating with honours in Medicine and Surgery from the University of Liverpool.

Following graduation he joined the Royal Centre for Defence Medicine where his role including treating casualties from both Operations TELIC and HERRICK. He subsequently joined HMS VIGILANT as Medical, Atmosphere Control and Radiation Safety Officer undertaking Demonstration and Shakedown Operation and regeneration of the platform back into Operation RELENTLESS.

During his time on the Submarine, he oversaw training and equipment testing to facilitate the first women joining the Submarine Service and his work onboard was recognised with the award of the Royal Navy’s George Beeching Prize for Compassion. After a short stint providing medical care at RNAS Culdrose, and as the SMO to a multi-platform task force, he commenced specialist medical training providing medical and trauma care to London including during multiple terrorist incidents and the Grenfall Disaster.

He has received a number of clinical excellence awards including being recognised as the top Tri-Service Emergency Medicine Specialist Trainee. He was also appointed as the Medical Director for Royal Navy resuscitation courses with the work in developing resuscitation across the Naval Service winning the Surgeon General’s Clinical Improvement Award.

Having joined the Royal Navy LGBT Forum, the predecessor to Compass Network, at its conception, he has worked tirelessly for diversity through working with defence partners and across Government as well as collaborating on diversity initiatives throughout the NHS. He was awarded a commendation from the Naval Secretary in 2018 for his work in diversity engagement.

He was also appointed as the Royal Navy’s Patient Champion in 2020 for the cross-Defence CanDiD chronic disease network. He was appointed as Co-Chair of Compass in January 2018, leading the Royal Navy to be awarded the 2018 Pink News Public Sector award, being highly commended in the 2019 Civil Service Di-versity Awards and was personally commended as a LGBT+ Role Model in Pink News awards 2019. He was appointed as a Trustee of the LGBT Foundation in October 2019, jointly established the cross-sector Pride in Defence collaboration forum in 2020.

He has been instrumental in reforming D&I policy within the Royal Navy and wider Defence to supporting non-binary people, mainstreaming intersectional approach to inclusive leadership and improving Service policies on trans, mental health and domestic violence.

Mike, who identifies as a gay man, lives in Manchester and his other interests include photography and travelling. 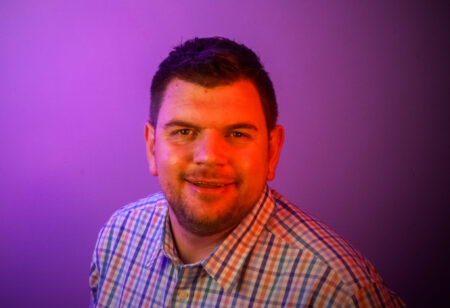