Carl joined the RAF at 19 but was forced out for being gay. Prior to his discharge he was commended in the 1991 Queen’s Birthday Honours for saving a pilot from a burning aircraft. In his career beyond the RAF Carl has found great success in business, charity, community and politics.

After serving with Greater Manchester Fire & Rescue Service (1998 – 1999) Carl set up a promotions company through which he raised money for many worthy causes including HIV/AIDS charities, Manchester Children’s Hospital and Alzheimer’s UK. In 2005 he was appointed Chair of Manchester’s Gay Village Business Association and in 2008 he joined Greater Manchester Police LGBT Independent Advisory Group. In 2010 Carl and his business partner set up VA Clean, where he is the Managing Director.

Carl successfully ran to become Labour Counsellor for Burnage Ward and soon after marrying his long-term partner Simon in 2015, he became the first openly gay Lord Mayor of Manchester. During his tenure he helped raise over half-a-million pounds for the ‘We Love Manchester’ charity. In 2018 Carl was awarded a Doctorate from the University of Bolton for services to the community, and appointed LGBT Advisor to the Mayor of Greater Manchester.

In December 2019 Carl was appointed a Deputy Lieutenant of The County of Greater Manchester and in 2020 he was awarded an OBE in the Queen’s New Year’s Honours List for services to the community. 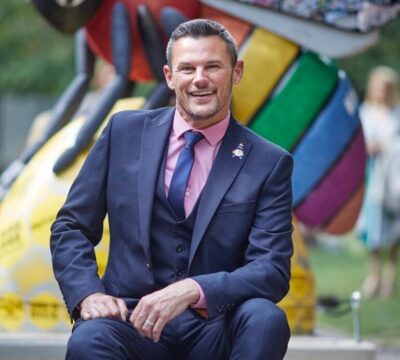