Commander Roly Woods joined the Royal Navy in 1978 and is currently serving at the Maritime Operations Centre at Northwood Headquarters, from where Royal Navy deployments world-wide are controlled.

Soon after completing basic training he saw active service in the Falklands campaign, following the Argentine invasion in 1982. After appointments in frigates and destroyers and operational deployments to the Gulf during the Iran-Iraq war in the 1980s, he took command of the minesweeper HMS BLACKWATER in 1986, as the youngest Commanding Officer in the Royal Navy at the time.

After assignments as a Principal Warfare Officer in some of the Royal Navy’s newest warships, he was appointed as Executive Officer and second in command of the Queen’s Frigate HMS LANCASTER, returning to the Falkland Islands and completing a circumnavigation of South America before leaving to join the staff of Flag Officer Sea Training. On promotion to Commander in 1998, he joined the operational staff of Commander in Chief Fleet and from there he moved to the Ministry of Defence in London, covering North Africa and also as the Defence Attaché to Tunis and Algiers.

Following his MOD job, he spent 4 years in Washington DC, attached to the British Embassy before returning to London, initially as an Assistant Director (Operations) and then subsequently as the senior duty officer in the 24/7 Situation Centre. Following a few months in retirement, he re-joined Navy Operations in 2012 as a full-time reservist in his current role. 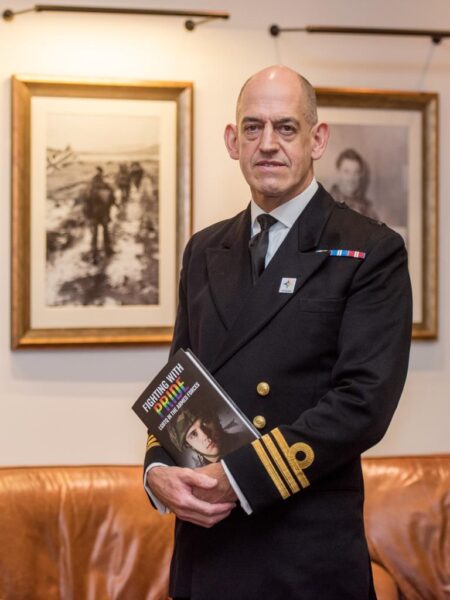