In 2004 he joined the team of Emeritus Professor Jeremy Coid at the Institute of Psychiatry, assessing high risk inmates prior to release from prison. In 2005 Adam was accepted onto Cygnets Healthcare’s hospital leadership programme and soon after became the Managing Director of the Cygnets psychiatric in-patient hospital in Ealing. The hard work of his team at Ealing helped turn around an underperforming eating disorders service to become one of the UK’s best. He subsequently opened a highly successful personality disorders service and a hospital to community step- down service at Cygnet Harrow.

In 2010 Adam created his own CQC registered hospital-to-community step-down service, Brighton and Sussex Care (BASC), the first of its kind in the South East which supported community step-down for individuals with complex mental health needs. His service grew quickly in reputation and scale and in 2015 BASC received a Laing-Buisson Healthcare Award from the Minister for Social Care, two Great British Care Awards and a National Learning Disabilities and Autism Award. Fielding a team of 80 staff, BASC supported over 60 step- downs during Adam’s time as Clinical Director. BASC became part of Lifeway’s Group in 2016 and Adam is now currently working for the NHS as ambulance crew.

Adam brings to FWP over 25 years of experience of senior leadership in adult mental healthcare and holds a Level 5 diploma in Leadership and Management in Social Care. He has been a CQC Registered Manager or Responsible Officer for most of his career in a very wide range of in-patient and community settings. As FWPs Safeguarding Officer, Adam is an Independent Officer and reports directly to the Board. 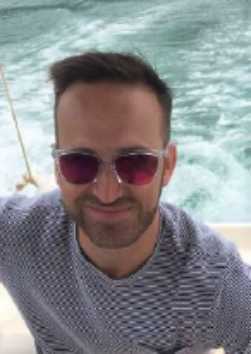