To mark the 20th anniversary of the lifting of the British Armed Forces ‘gay ban’ on 12 January 2020, this book brings together a selection of LGBTQ servicemen and women who have served in the Armed Forces since the Second World War. Their stories are profoundly moving testaments to their loyalty, their courage on the battlefield, and their unswerving sense of right and wrong.

Included are ten accounts of members of our Armed Forces who have lived remarkable lives. In some cases they were dismissed in disgrace or forced to resign when asked questions about their private lives. Their stories are those of remarkable sacrifice and courage in their units (and in battle), but who were forced to live in secret before their services were removed at the stroke of a pen after being declared ‘no longer required’ or ‘dismissed in disgrace’.

These are the stories of the David and Goliath battle for equality, through every court in the UK and Europe. For others their story is one of remarkable careers at the front line of operations worldwide, with accounts of service in the Second World War, the Falklands War, the Gulf Wars and the war in Afghanistan.

This book celebrates the lives of servicemen and women who have stood tall and taken their place with pride and dignity in the fighting units of the Royal Navy, Royal Marines, Royal Air Force and the British Army. These are the inspiring stories of people who have created amazing careers and sought and found a welcome denied to so many.

You can buy the book on Pen and Sword website, or all fine book retailers. 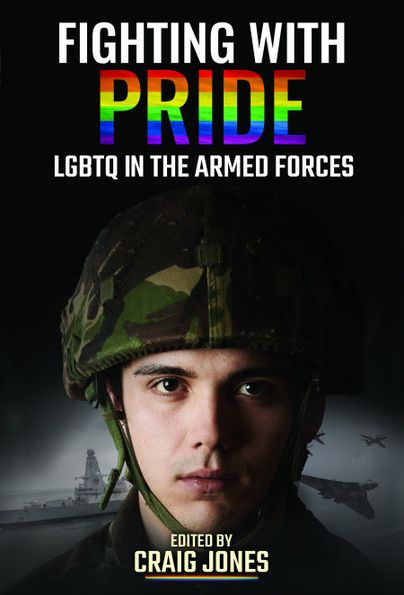