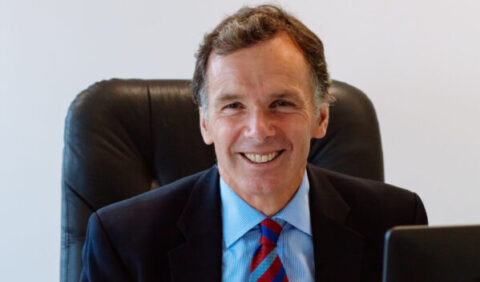 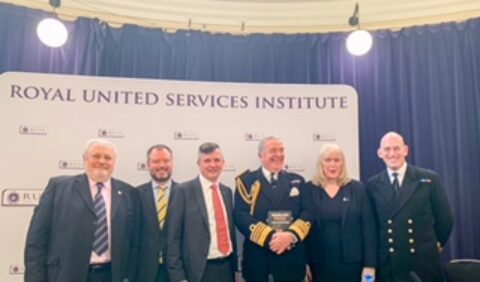 Fighting with Pride at RUSI 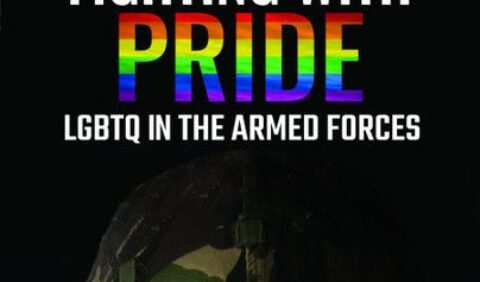 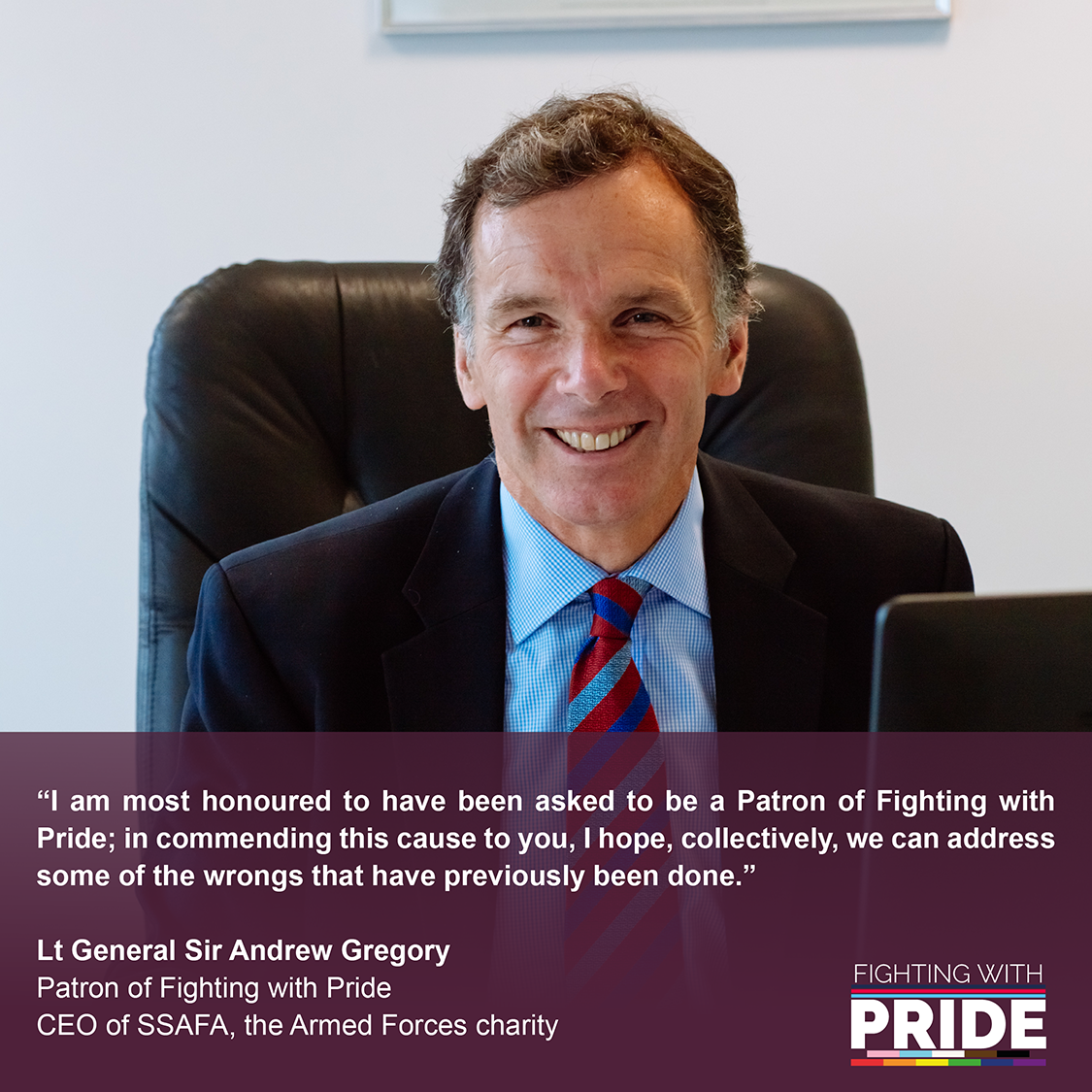 Lt General Sir Andrew Gregory, CEO of SSAFA – the Armed Forces charity has been appointed as Patron of Fighting with Pride (FWP).

FWP supports the health and wellbeing of LGBT+ Veterans, service personnel, and their families, particularly those who were affected by the ban on the open service of LGBT+ personnel in the Armed Forces prior to the lifting of the ban on 12th January 2000. They aim to do this through social prescribing, community building and capacity building in service charities and all organisations that support the Armed Forces Covenant.

Many of these Veterans were left unsupported and fell on hard times. Disassociated from the military they became isolated and often discarded by family. For many individuals, the circumstances, methods, and consequences of dismissal precipitated debilitating mental health issues.

Lt General Sir Andrew Gregory, Patron of Fighting with Pride and CEO of SSAFA, the Armed Forces charity said: “A great deal has changed for the better in the British Armed Forces since I joined the Army in the early 1980s.  A key milestone occurred on the 12 January 2000 when the ban on homosexuals being military personnel was removed.  While there will always be more to do, the progress over the last twenty years across the Armed Forces to make them more inclusive and to value all people for the skills they bring to the organisation is to be greatly celebrated.

However, many of those discharged before 12 January 2000 still suffer from the consequences of that discrimination.  Fighting with Pride seeks to ensure everybody can serve in the military whilst being true to themselves and free from discrimination as well as championing the case of those previously discharged.  I am therefore most honoured to have been asked to be a Patron of Fighting with Pride; in commending this cause to you, I hope, collectively, we can address some of the wrongs that have previously been done.”

Caroline Paige and Craig Jones MBE, Joint Chief Executives of Fighting with Pride said: ‘Since the beginning of our journey in support of LGBT+ veterans, we have been humbled by the commitment and support of the service charities including SSAFA. As we develop these relationships we are delighted to welcome Sir Andrew to Fighting With Pride as our first patron.’

Founding supporters of FWP include Stonewall, SSAFA – the Armed Forces charity, and NHS England. FWP is a member of NHS England’s Armed Forces Expert Patient Participation Group and is developing heartfelt relationships with NHS MH trusts and a wide range of military charities, including the Royal British Legion, also as a founding partner. FWP also has strong connections with the services through their LGBT+ Networks and is cultivating positive relationships with the Government and Whitehall, to enable rapid progress with a fast-moving agenda. 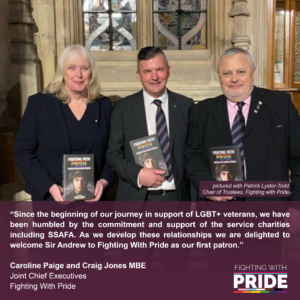